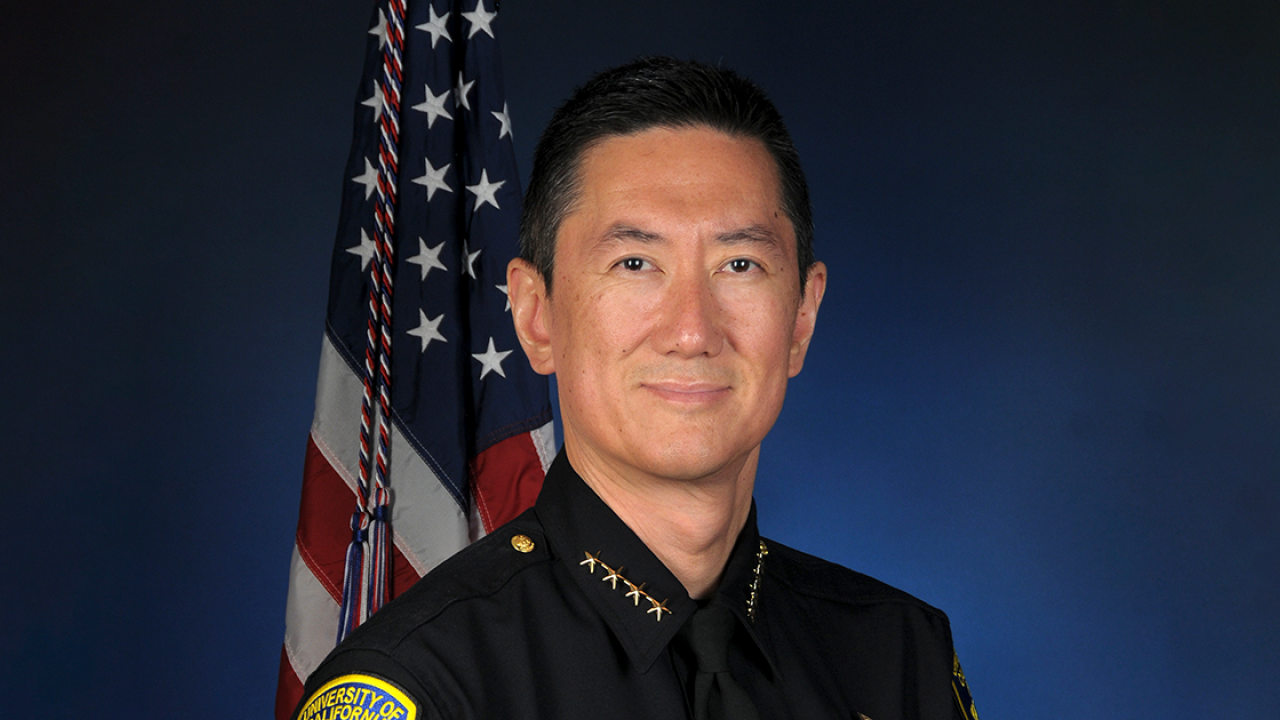 Welcome to Meet UCPD, a series that takes you behind the badge to get to know the men and women of the UCLA Police Department. As May is Asian Pacific American Heritage Month, we’re putting a spotlight on Chief Tony Lee, a second-generation Korean American who is the first Asian American chief in UCLA PD's history.

Chief Lee first became interested in law enforcement halfway through college when he was competing on the national karate tournament circuit. “I looked into which type of career would fit my personality – public service, making a difference in the lives of others, and something exciting that would fulfill my adrenaline needs," he said. "I took one ride-along with a police department and I was hooked.”

From there he studied criminal justice at California State University, Los Angeles where he received his bachelor’s degree, followed by a master’s degree in public administration from California State University, Northridge. He then completed executive-level training at the FBI National Academy, Harvard University’s John F. Kennedy School of Government, the Senior Management Institute for Police, and the Los Angeles Police Department West Point Leadership Program.

All that education and training eventually led him to the Beverly Hills Police Department, where he served as second-in-command and occasionally as acting chief. When he heard that UCPD Chief Jim Herren was retiring, it immediately piqued his interest as his wife and oldest daughter had graduated from UCLA, and his youngest daughter was applying at the time (and later got accepted). He looked forward to a change of pace with all the happenings on campus and engaging with faculty, staff, and students. “Plus, where else can you work for a community that can boast nearly 120 NCAA championships?,” he adds.

Since Chief Lee took over in 2017, he has prioritized working with the community to make UCLA a safer campus. Some of the changes he has initiated include creating a new position for a Community Relations Lieutenant to bolster the department’s community policing efforts, and forming the Police Chief’s Advisory Council comprised of 13 staff, faculty, and students to discuss issues impacting the UCLA community.

A rise in mental health-related threats has also been a major focus for the Chief. He created the Threats Management Unit (TMU) to monitor workplace safety issues such as violence, harassment, and stalking. Chief Lee has also mandated a one-week mental health training so patrol officers are equipped to de-escalate situations they’re confronted with.

What the Chief loves most about his job is the people, engaging with the UCLA community and being around what he calls “the finest police professionals in UCPD who work their hearts out to serve this community.” Chief Lee’s high regard for his staff seems reciprocal, as the department has maintained no vacancies with sworn positions for the first time in decades, despite police departments across the country struggling to recruit officers.

Even with the challenges policing has faced recently, Chief Lee remains focused on building trust with the community. UCPD is achieving that by responding to calls as quickly as possible, boasting one of the fastest response times in the region at under three minutes. “I’m very optimistic that we’re headed in a better direction," he says, "and we can only get better with support from our community.”